Against tough competition from the region’s top players, Year 11 Amy Shaw’s hard work has resulted in the promise of national level competition. 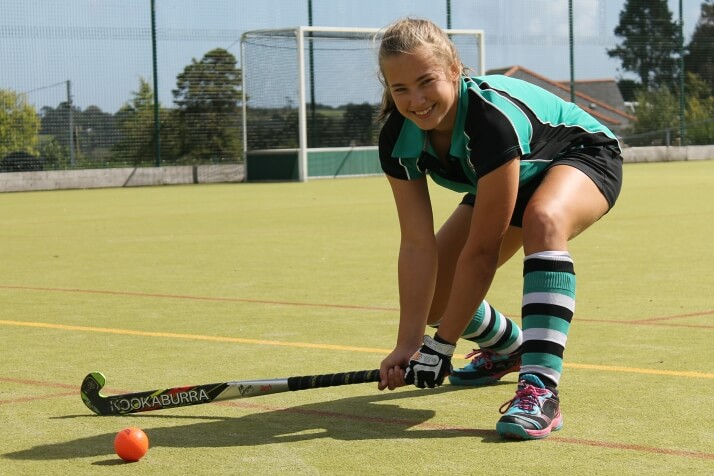 Amy impressed the coaches at the Under 17 Junior Regional Performance Centre for hockey resulting in her being selected for Tier 1 regional tournaments.

18 girls were chosen out of the South West’s top 26 sportswomen in a selection process which has lasted over several months.

Against over 100 of the county’s top female players, Amy was picked to attend the Regional tournament in Bristol. Here national assessors and coaches selected the top players from the entire South West to represent their region at the Performance Centre. She has trained over the summer at state-of-the-art facilities on the Exeter University campus with six intensive days of hockey practice spread out from June to September as part of the Exeter Leopards team. She took part in practical ‘on pitch’ training, alongside classroom based theory lessons.

Amy said: “I’m so proud to have made it to this stage of the process for the 2nd year running but also quite nervous: I came this far last year and didn’t make it through. It’s definitely been challenging with a lot of training and I really want to show that I’ve improved. Every year that I try out I make it one stage further. I’m hoping this year with lots of hard work that the pattern will continue and I will be chosen to play at a national level.”

Last year, Amy reached the final stage of the selection process for the U16 England Hockey team.

Amy has been training with Cornwall County and Falmouth Hockey Club every week since September with matches every Saturday. To facilitate this rigorous schedule, Amy travels around 100 miles and spends up to 12 hours on the pitch every week. A real team player, Amy participates in school fixtures and regularly supports the teaching staff with the Prep and Senior School hockey club alongside her hockey commitments.

This site uses Akismet to reduce spam. Learn how your comment data is processed.